While traveling around Europe, Jackson Radshaw came to France to see how the scene was going here. No surprisingly, he found Jakub aka @fixie_transformer in Grenoble and then came to Paris, where I met him with @deythos.

Fixed gear people are everything but boring: they have that common interest into biking with a certain spice of what you can’t explain about riding fixed gear : everyone feels it the same, but in a different way.
Meeting Jackson was like adding a colour to the palette. With his experience of founding the FOAD gang, riding FGFS (Fixed Gear Freestyle) for a while now, it was an honour to talk and trick with him.

Jackson got a new frame a few weeks ago, and got it built in a way no one else would. I could tell you a thousand things cool about this nice guy, but let’s move to the bike check. The Mash Reyes bike check. 🙂

The second day we met after work and went to the Esplanade des Invalides. Here are a few pics of Jackson around the Napoléon III bridge and stuff.

I wanted to build a do-it-all bike that could handle tricks but also maintained a traditional fixed gear geometry.

I do trick riding mostly with it, but sometimes I will ride somewhere with my girlfriend to see a movie or play Pokemon.

What makes it special?

It is great bike for any kind of ride. It’s solid for tricks and getting around town. I like having shorter cranks for doing barspins.

For me I really like to incorporate “spots”, things from the natural environment. Flatground tricks are okay, but I’m not very good* at them and they get boring to me sometimes. 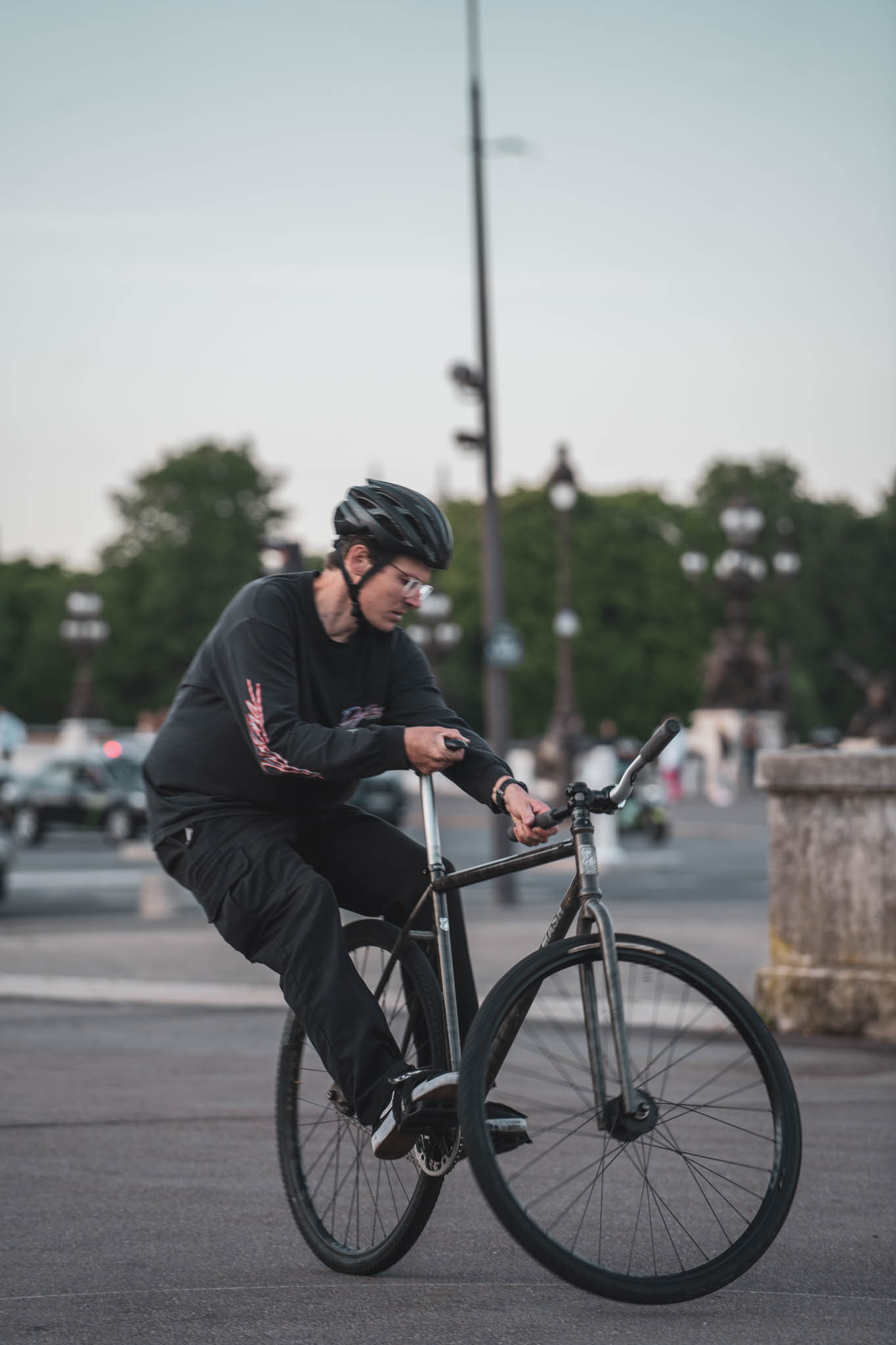 The frame geometry is really nice. It’s very nimble. I like how short the wheelbase is – check the back tire clearance.

I really like the drivetrain of this bike. It’s really unique and works very well for what I am trying to do.

I did a 48km ride in the mountains, we climbed 700m and descended 1,800m; the gear ratio was way too spinny and I wish I had longer cranks. 🙂 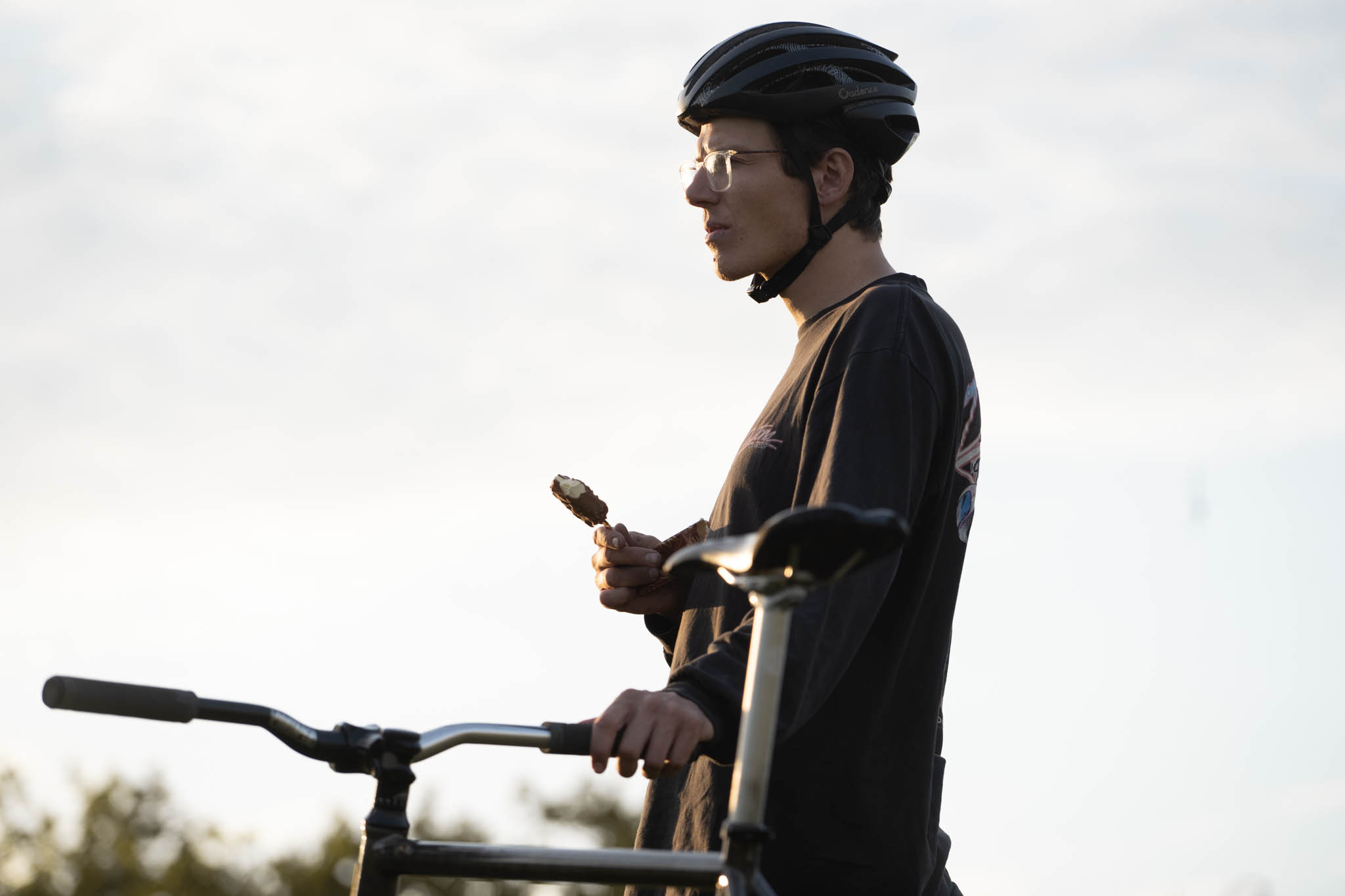 Thanks for showing me a great time in France!
It was great to meet you and the rest of the fixed gear family.
Stay tuned for a new FOAD full-length movie this fall!